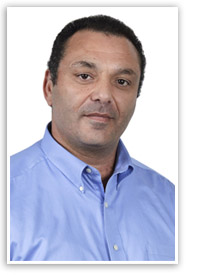 Steve began his career in 1983 when he attended a 4 year electrical program in Maryland while working as a helper for C&E Electric. After graduating he continued his education by taking 2 years of Business courses part-time. Steve then moved to Sarasota, Florida in 1989 and accepted a position at Aladdin Ward Electric as a journeyman and was promoted to a foreman in 1994.

In 1996 Steve went to Purdue University for project management after which he was promoted to Project Manager where he managed up to $8,000,000.00 in work. During this time Steve managed projects such as Sarabay Club ($5.5M), La BellaSara ($2.3M), Marina Towers ($2.5M).

In 2000 he was promoted to Sr. Project Manager.

In 2004 Steve was promoted to V.P. of Large Construction with IES Commercial.

In 2009 he was promoted to Branch Manager with IES Commercial.