How Orlando Surge Protection Can Protect Your Home This Season

You may have heard some horror stories about how an electrical surge can affect your home and the belongings inside, but what can you do for Orlando surge protection? It’s easy to take action and limit potential damage. 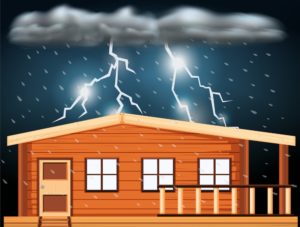 Electrical power surges can cause some significant and costly damage to the appliances and electronics in your home. They have been known to destroy TVs, microwaves, computers, and even HVAC equipment. Your home needs Orlando surge protection, because we don’t want you to have to replace your favorite blender any time soon.

What is an Electrical Power Surge?

An electrical power surge is a sudden and extreme increase in voltage that shoots through electrical lines and then enters your home. The standard U.S. home has an 120-volt flow of electricity, and an electrical power surge can reach voltages in the thousands to tens of thousands. Although the spikes are extremely short and last less than one-thousandth of a second, they cause damage that Orlando surge protection can significantly decrease.

A surge can be caused by anything from the weather to a high-powered appliance turning on. Things like space heaters or window air-conditioning units are small, but have been known to cause power surges strong enough to damage your home’s electrical system. Some causes of surges include:

Although an electrical power surge is short-lived, it can cause damage that is expensive to fix, and in the worst situations it can cause house fires. So what can you do for Orlando surge protection in your home?

Unfortunately, there is no way to completely eliminate the chance of an electrical power surge, but there are Orlando surge protection options that can reduce your risk and the overall damage.

If you’re expecting a major storm, take initiative and unplug any of your expensive electronics, like your home theater system, computer, gaming systems, and similar devices.

One of the best ways to protect your home from a power surge is through the services of an experienced, full-service electrical contractor like Bright Future Electric. From inspections, to advice on service and equipment, we can ensure that your home has an up to date electrical system that will keep your lights on. Give us a call, or fill out our online contact form today.